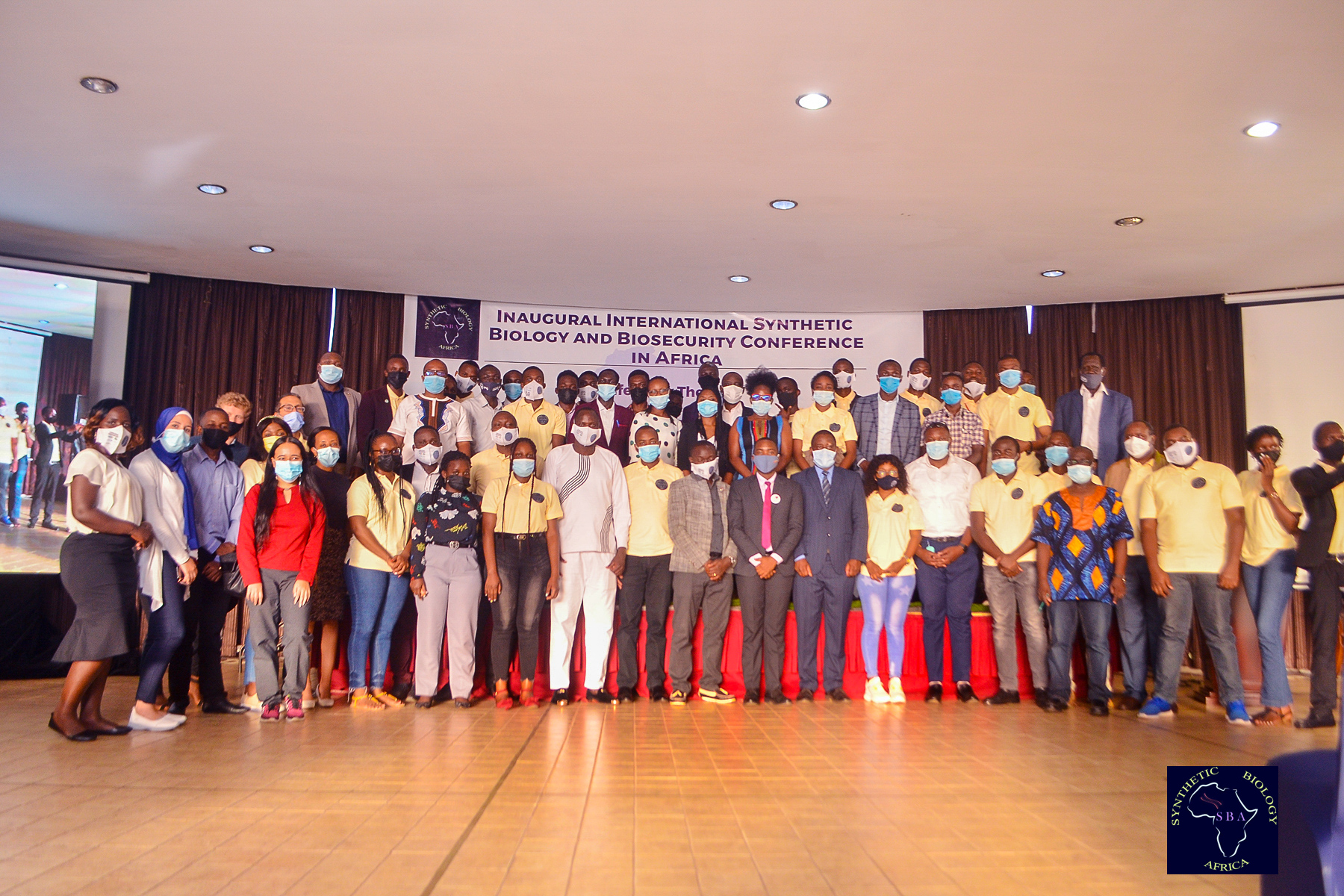 The Inaugural Synthetic Biology and Biosecurity conference held in Kampala from the 14th to the 16th of October, drew participants from over 20 countries.

The goal of the event was to officially launch SynBio Africa, and create a recurrent conference to bring together synthetic biology enthusiasts, scientists, data scientists, bioinformaticians, researchers, ethicists, policymakers, synthetic biology companies, and industries across Africa, with the view to deepening the understanding of, and, fostering the implementation of synthetic biology and biosecurity on the African continent. 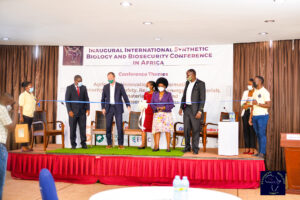 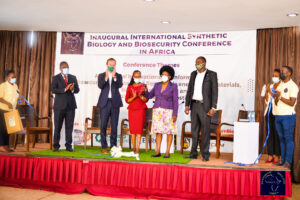 The conference centred around Agricultural Innovations, Biosecurity and Biosafety, Biomaterials Science, Renewable Energy and Biosensoring and Diagnostics. It hosted over 50 speakers and more than 120 participants onsite with an online attendance of over 100.

Synthetic Biology, a dynamic, growing area of biotechnology that utilizes accumulated and constantly advancing knowledge and understanding in biological engineering, and advancements in engineering tools, is seen as a potential solution to many of Africa’s challenges in agriculture, pharmaceuticals, energy, environmental conservation, healthcare and medicine.

Despite its numerous benefits, Synthetic Biology, along with other technological innovations, lack legislation to permit or guide its use in many African countries, and is often miscommunicated. 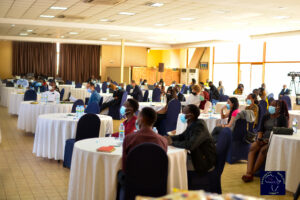 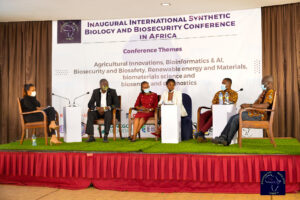 According to the organizers, the event effectively launched SynBio Africa. It also brought together different groups of people from across the continent, many of whom were introduced to synthetic biology for the first time.

The Chairperson of the organizing team, Sandra Matinyi, noted that the conference provided a networking platform that they envision will trigger a number of projects geared at improving the understanding and implementation of synthetic biology in Africa as a ripple effect. 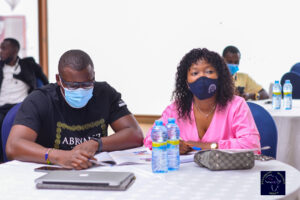 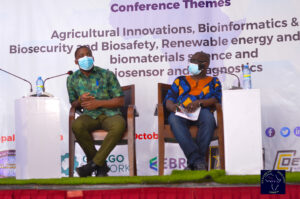 One of the speakers, Victor Mwine, who also describes himself as a Pan-African who believes in Africa creating solutions for its own problems, made a presentation on how Africa can  involve its students in the global evolution of synthetic biology.

According to him, many African students with great potential are unaware of the synthetic biology discourse, and the opportunities within. This, he attributed to poor career guidance.

“More students can be made aware of synthetic biology by growing their interest in science from the traditional science fairs into awareness, which gives them the best knowledge they would require in career decision making. This will prevent many students who would possibly be interested, from losing out on opportunities in Synthetic Biology”, he said. 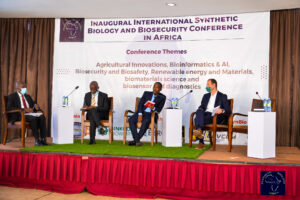 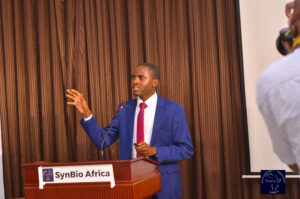 Matinyi hinted that they intend to have the next event after a year, as this was only the launch of recurring synthetic biology conferences across Africa.

Eva Akurut, a masters student in Bioinformatics from Makarere University who was in attendance, posits that she looks forward to the next event.

She noted, “The conference was a good network of different professionals and nationalities, and provided insightful presentations on synthetic biology and related fields”.

SynBio Africa is committed to establishing a Center of Excellence in synthetic biology and biosecurity in Africa, with five core areas of focus namely; Research Development, Innovation Hub, Capacity development, Biosafety & Biosecurity and Bioinformatics & Data Science. The intent is to achieve this by the end of 2024. 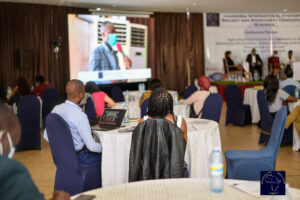 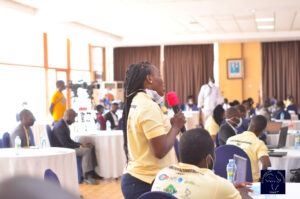 Furthermore, they aim at increasing the participation of African teams in iGEM from less than 1% in the last ten years, to 5%, within the next three years. They hope to achieve these two goals through collaborations with the public and private sectors, researchers and scientists, educational institutions, governmental and non-governmental organisations, and civil societies across the globe. 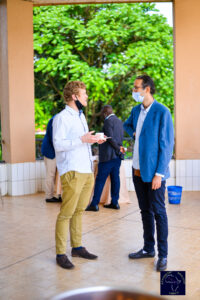 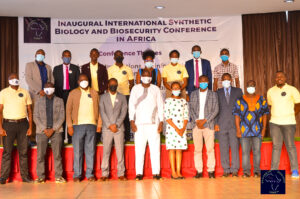