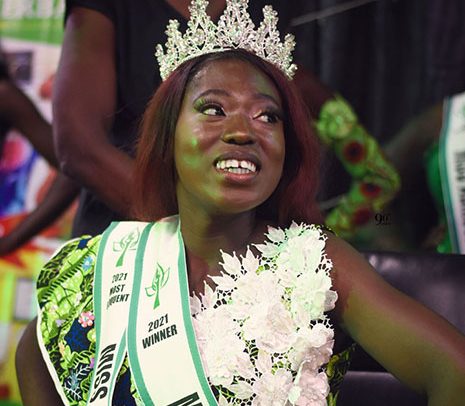 A 24year old Vegetable grower, Rendy Abbam, has been crowned Miss Agriculture Ghana 2021 after winning this year’s edition of the Agric pageant.

The young farmer, who operates in the Awutu Senya West District of the Central Region, emerged as the judges first choice after beating competition from eight other finalists.

The Grand Finale of this year’s edition of the Miss Agriculture Ghana pageant took place at the GNAT Hall in Accra – on Friday, October 22, 2021. 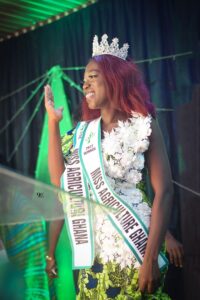 The contestants, numbering eight, took turns to explain their intended Agricultural projects to the panel of judges who monitored their performances keenly.

The competitors were further asked questions on their projects as they battled each other to impress the judges with their ideas and exhibitions.

The Six (6) panel of judges was made up of representatives from the Ministry of Food and Agriculture and the Chamber of Women in Agribusiness Ghana and the maiden Queen of the Miss Agriculture Ghana Project Ms. Afriyie Obeng-Fosu. 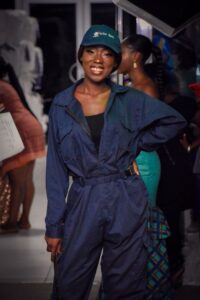 While Rendy, the celebrity farmer as she is popularly called took home the crown, Stephanie Brew, a first year student of the Kwame Nkrumah University of Science and Technology (KNUST) , an advocate for young people in Agriculture, came in as the first Runner up, whiles Ms. Rhoda Okyere a crop researcher second runner-up respectively.