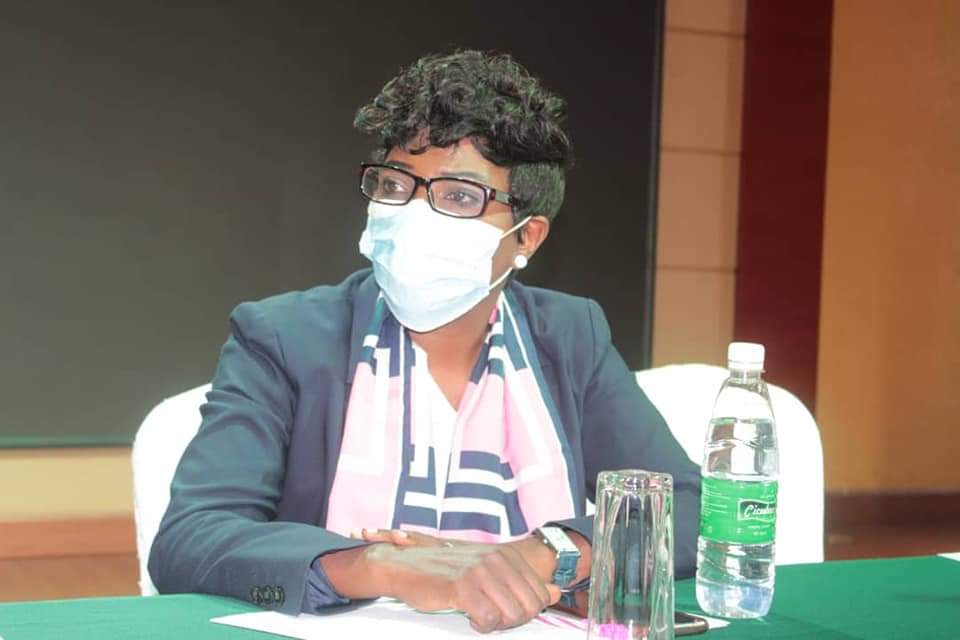 COVID-19: Collaboration Between Experts & The Media Will Dispel Myths

Founder and executive director of Dziwa Science and Technology Trust (DSaT), Veronica Mwaba, is of the belief that a collaboration between experts, scientists, and journalists, will pivot effective communication of science to people.

Mwaba who is also the principal investigator of the COVID-19: Linking Science Society to Better Lives (COVID 19: LinkSS) project, opines that when journalists have the right orientation, they will be capable of disseminating seeming complex science topics to the public.

A recent program organized in Lusaka by the COVID 19: LinkSS team, Meet The Researcher Media Science Interaction, saw a successful interaction among scientists, journalists, and other stakeholders in the public health sector. This aimed at identifying barriers to communication between scientists and journalists and sought to develop effective pathways of communication between them which would result in journalists passing the right information on COVID-19 from scientists to the public.

According to Mwaba, science, compared to politics, entertainment and other subjects, lacks human interest due to its complex nature and this has contributed to the misinformation on COVID-19 in the public space.

She added that, science advocacy as part of LinkSS mandate, will orient the media to break down the jargons so that they are easily understood by the public. Mwaba further noted that research tells the promotion of science and technology is done by the scientists or the researchers themselves but the achievement of science is popularized by the media, and is passed to the next generation.

“So have you seen how critical it is to collaborate or work together with the key experts? What we want to see is that, since we have this platform, COVID-19 research questions must be answered by the experts”, she said.

The next forum will target journalists in rural areas outside Lusaka. They will be made to interact with researchers who are at the forefront of fighting the corona virus and have their questions answered by them.

According to the team, arrangements are being made to include the physically challenged, whilst also employing diverse communication platforms.

“We want to have all the key actors on one platform as we champion this agenda. Not only on COVID but (also) on public health. We need to work together as a team and help them reach out to vulnerable communities”, Mwaba ended.

Veronica’s Mwaba’s submissions were made in an interview with KBNTV in Lusaka.