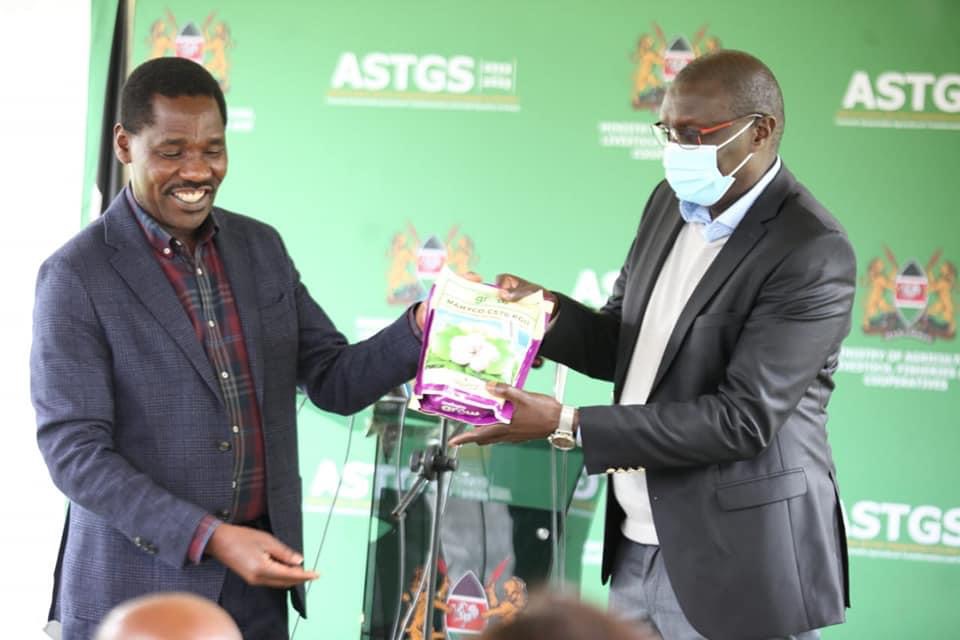 Kenya Takes a Leap Into Commercial Farming of Bt Cotton

According to Munya, the journey towards commercialization of Bt. cotton has been long and tedious, one that has been accompanied by a myriad of challenges, including misunderstanding, suspicion and a deliberate campaign to discredit the benefits to be derived from actualizing its production.

Early in the year, on 9th March, 2020, the Government launched the process of testing Bt. cotton seed for commercial production in Alupe University College in Busia County where the government established 700 demonstration plots in Busia, Kisumu, Baringo, Kwale and Tana River Counties.

‘‘Although the crop is yet to be harvested, I am informed that farmers have observed high germination rate, early maturation and resistance to common pests, especially the troublesome African Bollworm. This has given the confidence and assurance that Bt Cotton can now be produced commercially.’’ Munya said.

A thriving cotton and textile industry is key in the socio-economic development of any country. It has the potential to employ millions of people and generate foreign exchange. Some countries in Africa such as Burkina Faso, Chad, Benin and Mali have invested heavily in the textile industry with their textile exports accounting for 30-50% of total exports, Munya adds.

In pursuit of the revitalization programme, Munya confirmed that Government would procure and distribute Bt cotton seed and pesticides to 23 counties suitable for cotton production during the current financial year 2020/21.

‘‘We have already secured 16.3MT of Bt cotton seed for planting during October/November season in the Eastern region. As we seek to enhance cotton production, the Government is currently negotiating a Free Trade Agreement with USA and UK. While we expect positive outcome in the negotiations, we have a great responsibility for ensuring that we will have the capacity to satisfy the requirements of these expansive markets once they are secured,’’ he said.

Further, the Government in collaboration with stakeholders is undertaking a range of policy and regulatory interventions geared towards revitalizing the sub-sector. This includes the implementation of the Agriculture Sector Growth and Transformation Strategy (ASGTS).

‘‘We have commenced the process of presenting a bill for the establishment of an institution that will specifically regulate the fibre crops sub-sector with a view to ensuring requisite attention and investment.’’ Munya said.

According to Dr. Eliud Kireger, Director General, Kenya Agricultural and Livestock Research Organization is working with stakeholders to support cotton farmers who did not initially grow cotton to venture into its production. He further explained that KALRO was working with county governments by offering extension services to farmers. He noted that the experts assessed the area suitability based on climatic conditions and people’s culture before advising on introduction of the crop in some Arid and Semi-Arid areas.

According to Dr. Waturu, Director of the KALRO’S Horticulture Research Institute ‘‘At this time of initial introduction of the superior hybrids with intrinsic protection to African bollworm, the Government decided to provide free introductory seed to cotton farmers. However, provision of free seed in the long term will not be sustainable and desirable as the revival of cotton production should be based on a business model where farmers will be free to procure seed for planting in the future.’’ Dr. Waturu tells Rootooba.

Waturu explained that the production of hybrid seed was technically complex and could not be done on a large scale because of its labor intensive nature requiring manual cross fertilization. Therefore, production of the Hybrids would be tied up to commercialization, where small farmers’ fields shall be selected and farmers trained on selfing of the parent lines to produce hybrids.

Farmers Get Appreciated on Farmers’ Day 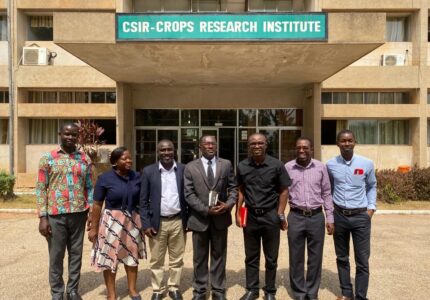 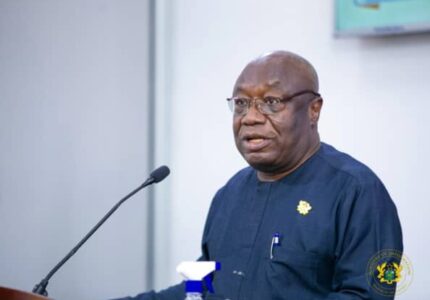