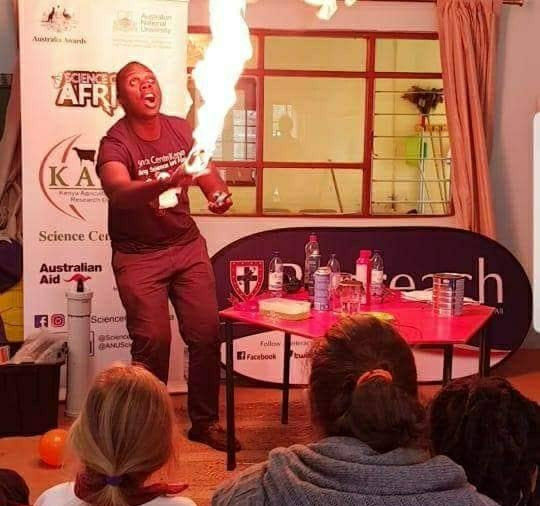 Kindly do spare me a few minutes of your time as I feature a great man – a man who came from nothing, to the creator of great programs with tremendous global impact.

This outstanding man is Mr. Kenneth Monjero Igadwa, the Founder and President of Fun and Education Global Network (FEGNe).

Born into a large family, with over 100 cousins, in the very humble village of Kipchekwen, in the Banja Town of the Hamisi constituency, Vihiga County in Kenya, Mr. Monjero was the first in his community to complete High School Form Four. He attained a grade of C+, a feat which threw the entire community into joyous celebration despite him not attaining good enough grades to get him into the university.

After High School and the celebrations, Monjero traveled to join his father in Nairobi, the capital city of Kenya, and started working on construction sites and engaging in any other available casual labor.

Monjero will forever remember his first time on a construction site, where he had thought highly of the seeming generosity of the site owner, who ostensibly used to send a lady to serve them food every day; chapatti, porridge and tea for breakfast, fried beans mixed with maize (githeri) and chapatti for lunch.

The daily labor wage was $2, and payment was made on Saturdays.

Mr. Monjero having moved from the rural to the urban area, and was referred to as “Waingo” (meaning a person from a “Luhya” tribe), was always the first to be served his meals, and daily ate to his fill.

At the end of the first week, Monjero, together with the rest of the construction crew, waited long after work hours for their employer to come and pay them their week’s wages.

He had great plans for his first wage in life – one of them being to buy his first pair of sports shoes.

Full of joy, he wrapped the money in his handkerchief, tied it securely and put it into one of his shoes, mindful that it was getting late and security in the region was poor.

Monjero walked past the gate and started running, headed for his brother’s house about 700 meters away.

Soon as he had gone past the gates however, Monjero heard the lady who served their meals call him; “Waingo! Waingo! Waingoooo!” He responded and went back to meet her.

Monjero gasped, then in disbelief, bent to retrieve the money from his shoes for her. She gave him back $1.2 as change.

It took Monjero an hour to walk to his brother’s house; a distance which would have taken him fifteen minutes if he still had his money, and 20 minutes on a usual day.

The tired young man sobbed with regret, vowing never to eat at a construction site ever again!

Monjero worked on weekends, and at night as night guard. During the day, he pursued a Diploma at the Polytechnic. He walked a great distance to and from school daily; 11 kilometers.

At times, he rode a borrowed bicycle and other times, was offered lifts by people who knew him to walk the long journey.

After his diploma, he had the opportunity to speak at a conference in South Africa. His delivery of his address was so impressive that, a participating Brazilian Professor at the conference, asked him what his field of specialization for his PhD. was. 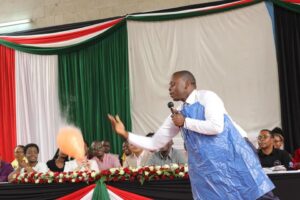 Monjero did not reply – he just bowed his head as tears dropped from his eyes.

Later, over dinner, the professor apologized to Monjero, though he had no idea why his question had elicited that strange reaction.

Monjero then told the Professor his life’s story.

The good professor subsequently provided him some funds to enroll in a degree program.

Monjero gratefully did just that and enrolled for degree program at the university back in Kenya.

Soon after his first degree in 2014, he enrolled for second degree. 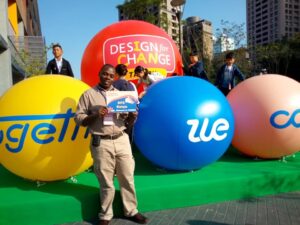 Monjero had a strong passion for agriculture and joined the Kenya Agricultural and Livestock Research Organization (KALRO) in 2006.

As standard practice, whenever Monjero’s family traveled the 400 kilometers to and from the rural and urban areas to visit his dad, they neither ate nor drank much, since the bus would only make one stop midway through the journey for passengers to alight and stretch their cramped bodies and attend to nature’s calls.

Monjero who had never before traveled by air, applied the same regime on his first flight, with the assumption that the aeroplane would not land for calls of nature to be attended to. He thus did not in the 2 hours during which his people celebrated his impending air travel, the 2 hours of waiting at the airport terminal, the 4 hours on the flight and the 1 hour trip from the airport to the conference hotel, eat or drink a thing. 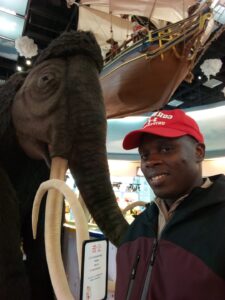 Yet, the very situation Monjero sought to avoid, manifested during the flight. He was so hard pressed to answer the call of nature that he sweated profusely. He declined to disclose his discomfiture to his seatmate and even to the cabin stewardess, who kept checking up on him.

Upon landing at the airport in Cairo, Monjero was the first person off the aircraft, and rushed into the airport rest rooms!

The same situation almost exactly played out on his flight back to his country. This time however, he noticed some passengers walk back and forth along the plane’s aisle, through a narrow door to the rear of the fuselage, and recalled tales told by his uncle about leisure parks on aeroplanes where one could watch games or simply relax in but were terribly expensive. 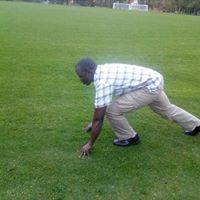 He considered this for a while and decided he would investigate, pretending to make enquiries about the available games in the park and the cost to watch. He left his seat and walked towards the narrow door at the rear. A steward stopped him when he was about to open the door and asked him to wait a bit. Shortly, the door opened, someone came out, and Monjero stepped through.

Lo! He was surprised to see a toilet! He closed the door, studied the cubicle and walked out again.

He immediately ordered a meal!

Monjero is making great advances in research and development, outreach, and children’s programs. 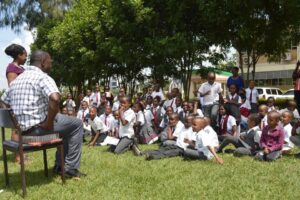 As Founder and President of Fun & Education Global Network, Monjero founded FEGNe in April 2020 upon the outbreak of COVID-19.

The fallouts from the COVID-19 pandemic, ranging from the closure of schools, businesses, workplaces and industries, to the paralysis of both public and private transportation, made him realize that online networking is the ultimate option. He recognized the fact that the information technology infrastructure in the Sub-Saharan Africa is limited, which adversely affects online activities, and its potential yet to be fully realized.

With education being fundamental to development, there is the need to develop an IT infrastructure for basic education and programs. 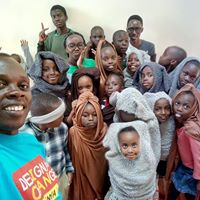 “Teachers, especially in private schools, with no salaries, have opted to develop and engage their pupils/students, and this has put so much pressure on the children. I thus figured that FEGNe would help in letting off this pressure through fun and hands-on informal education and networking.”

“COVID-19 was initially an isolated localized issue which would then spread to become global. If  we all knew this earlier, we could have managed the spread. It dawned on me that there is the need for children to engage in local issues and learn from their peers on how they manage the situation”.

In homes, all that is on TV screens is updates on COVID-19 cases, the death tolls, burial in biohazard bags etc., leaving children traumatized and scared.

To remedy this, FEGNe links children to professionals handling the COVID-19 pandemic to prove that it is not fear but knowledge that is the key to the management and prevention of the spread of the disease. Children have also developed a deep love for those who have lost their loved ones through COVID-19. 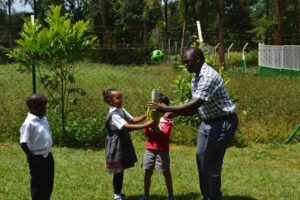 FEGNe also links children to professionals for mentorship, development of maker space items at home, communication skills and earning certificates while at home. This has led to creativity and engagement off COVID-19 stress.

Also during this period, there is high food consumption, yet low production due to the laying off of workers in observance of the COVID-19 protocols, resulting in less on-farm labor, and restricted travel to farms.

This platform endeavors to impart adequate self-learning and understanding as a tool to guide the young learners make informed decisions and choices as part of their problem-solving skills.

In order to make self-reliant heroes and heroines out of the children, the platform helps them to discover their unique individual and collective potentials, and the process of actualization. The gains thereof, can be projected into all aspects of their lives including career, vocation and relationships.

“My past experience with children is a great one. I love children so much that I have previously engaged in several children’s programs as a teacher at Sunday school and at the Science Center, Kenya.

In 2011, I noticed primary and secondary school students who visited our research institution, came in with great expectations but then upon walking through, they could not understand the complex science. We thus changed these visits into an attractive and engaging experience through the establishment of the Science Centre.”

“I am engaged in research at KALRO, on food crops, basically researching on plant viruses, nematodes and the utilization of biotechnology as a tool for food security. I handle vast samples for diagnostics and also participate in challenging breeder material for resistance or tolerance to agricultural constraints”. 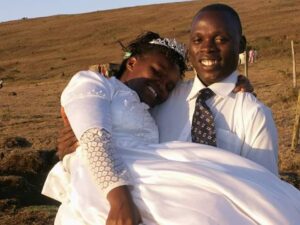 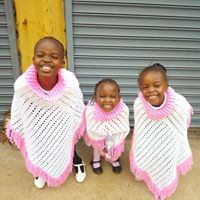 FEGNe is making great impact as follows: Children have learned from others on various local and international issues like famine in slums, urban farming in the UK and Ireland. They have also connected with professionals such as COVID-19 Researchers in New York, and the Australian and Irish ambassadors to Kenya. 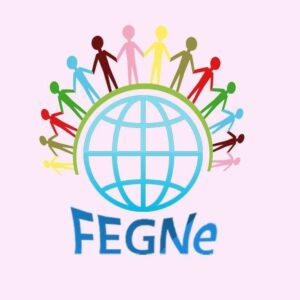 Children have obtained hands-on skills and established maker spaces at home; they have also obtained certificates having competed in presenting their maker spaces.

They have obtained communication skills and scientific knowledge through their exhibits and science demonstrations. 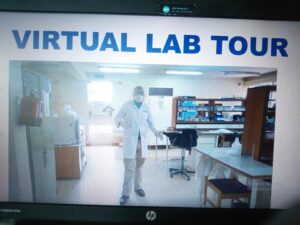 “FEGNe is a unique program, since it builds upon classwork, to come up with fun activities using locally available resources. We put the children in the charge of professionals we prior engage to simplify their interactions to simple and fun levels.

We build on competition and creativity. We engage children for a better today, whereas most organizations prepare children for the future.

Our children are business oriented, thus, the maker space is going to be a children’s home industry. They will be selling what they make, running online sessions and training others within their schools.”

Children also participate in solving real life problems within their environments through design thinking processes and are encouraged to celebrate their innovations. 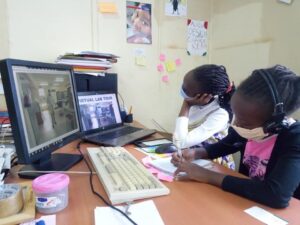 “We help parents identify their children’s natural potential and actualize them through exposing them to diverse disciplines across diverse cultures, regions and races.

So far we have reached out to over 300 children from the USA, Kenya, Zimbabwe, South Africa, Zambia, Ghana, the Netherlands, Ireland, India and Uganda.”

FEGNe looks forward to engaging children in product development across disciplines; agriculture, maker space, etc. It also hopes to have exchange programs across schools and families and online virtual tours to industry.

Wow.. This is beautiful. We Almost share the same story.. Not the family size though.. (Laughs)
Good work and I will love to be part of your team any time soon. I am in Ghana. Let’s link up. Please send me an e-mail tsycamoretf@gmail.com 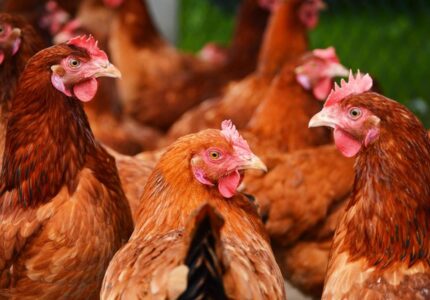 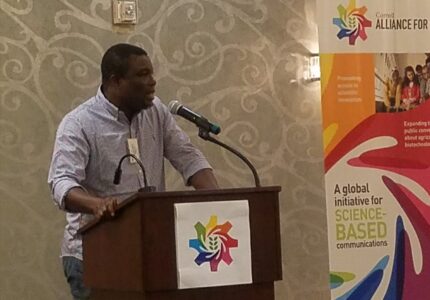 Civil Social Organisation Alliance for Science Ghana in a letter released yesterday to the President, appealed that he makes 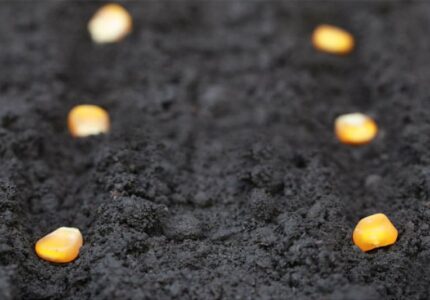