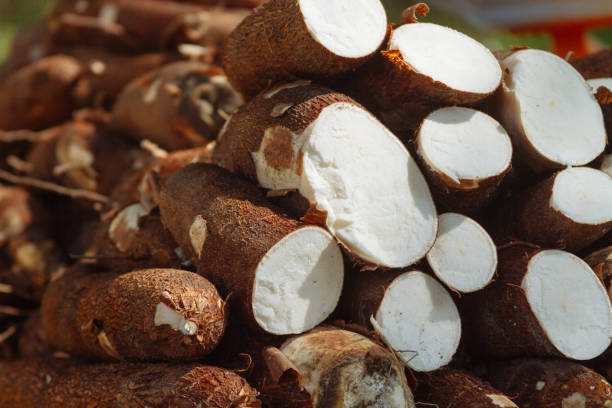 Kenya Agricultural and Livestock Research Organization (KALRO) has applied to the National Biosafety Authority (NBA) for environmental release (open field cultivation) and placing on the market of genetically modified (GM) cassava resistant to cassava brown streak disease (CBSD). This follows many years of research and evaluation by KALRO in the laboratory, greenhouse, and in confined field trials.

The Authority, together with relevant regulatory agencies and independent experts, will start a science-based review process to assess the human, livestock, and environmental safety of this CBSD-resistant cassava. Public comments are welcomed through a form that can be downloaded on the NBA website, or via SMS to +254 713 854 132.

The application describes a cassava line 4046 that was developed using modern biotechnology to express high levels of resistance to CBSD. Brown streak disease is spread by whiteflies and by infected cuttings used to propagate the next crop.  Very often, infected plants barely show any symptoms on the leaves, but when the roots are dug out, there is extensive areas of brown dry rot making them completely inedible and resulting in up to 100 percent yield loss. Farmers and consumers will benefit from CBSD-resistant cassava as a result of increased cassava root quality and marketable yield.

The improved cassava was developed under the Virus Resistant Cassava for Africa Plus (VIRCA Plus) project in a collaboration between KALRO, the National Crops Resources Research Institute in Uganda, and the Donald Danforth Plant Science Center in the United States. Together with other partners, VIRCA Plus aims to deliver disease-resistant and nutritionally enhanced cassava varieties to improve the livelihoods and health status of smallholder farmers in Africa. 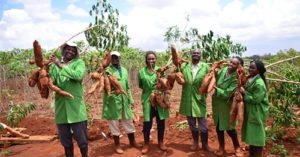 CBSD resistant cassava line 4046 will significantly contribute to the attainment of a food secure Kenya and the creation of thousands of jobs along the value chain due to the crop’s potential industrial use. Cassava productivity in Kenya and the rest of East Africa has faced challenges, key among them susceptibility to diseases that include CBSD. As a research organization, this application of the dossier is a milestone in addressing the crop’s susceptibility to a key disease and it could restore its appeal as an important food crop in Kenya.

Cassava is the second most important food crop after maize in the coastal and western regions. Farmers lose between 30 to 100 percent of their cassava yield annually due to CBSD and other diseases.