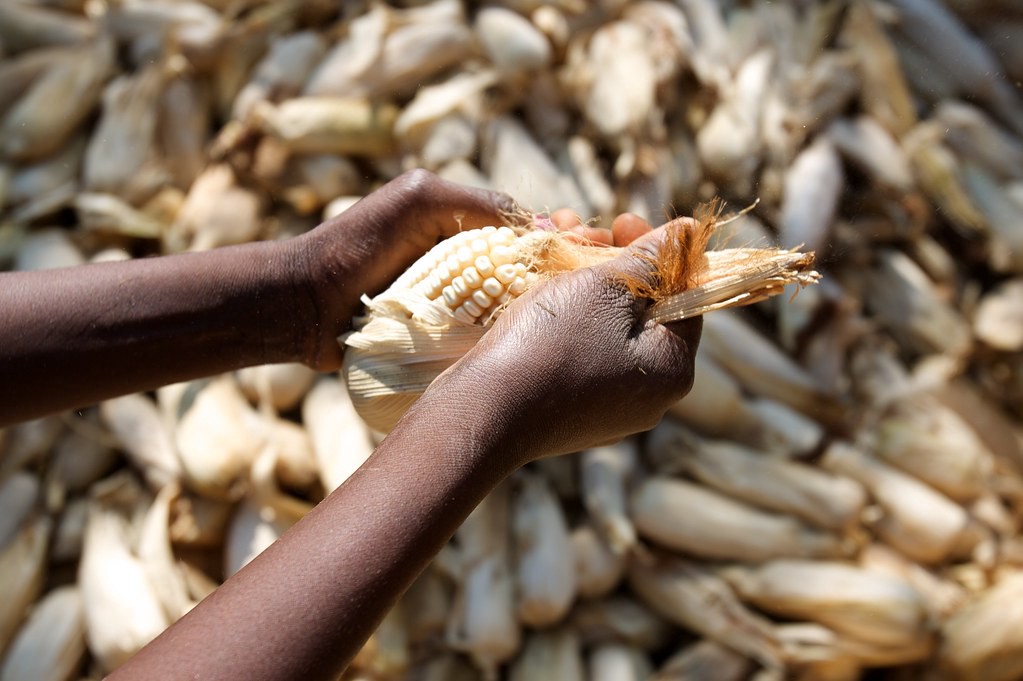 Last month, the United Nations General Assembly in New York City. Hot on the agenda (as has been for a few years now) was the issue of climate change. World leaders spoke about the many ways the climate crisis will affect us all, threatening the safety of our homes, the prosperity of our livelihoods, and the very food we eat. For example, climate change affects agriculture in a number of ways, including the changes in average temperatures, rainfall and crop production.

Because of its vast arable lands and fertile soils, Africa has long been known as a continent that has the ability to provide for the world. This reality, however, is being challenged by climate change. Variations in weather are affecting the crop production cycle and threatening Africa’s ability to grow food.

The maize crop is what feeds most of Africa. Kenyans call it Ugali, Ugandans call it Posho, Southern Africans call it Sadza, while others call it Nsima, ngima, obusuma, kimnyet, nshima, Mieliepap, phutu, corn, and many other names. It is a staple food in most of Sub-Saharan Africa. 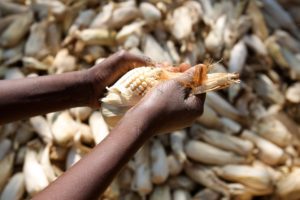 The growth and production of maize has been threatened by so many factors. However, this process is not inevitable, we can still act to slow or stop it. An organization in Uganda may have a key to some of these issues. The National Crops Resources Research Institute, Namulonge (NaCRRI) works to increase growth and productivity of the maize crop. This had been pioneered in Uganda but is also being extended to other countries.

I spoke to Jonan Twinamatsiko, the team leader of the Ugandan TELA Maize Project Outreach Task Force, about the work they are doing to use natural solutions to fight both the food and climate crisis. 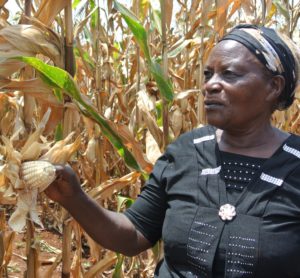 Uganda is doing pivotal work in creating trends for a sustainable Africa. Tell us briefly what you are doing on this front.

As Africa and Uganda’s population growth remains on a trajectory rise, the demand for food and feed has tremendously risen over the past years. Uganda has over 40 million people today and is projected to have over 100 million people by 2050. The campaign on food security is threatened not only by population growth but also climate change effects; prevalent droughts, pests and diseases, among others. Largely, Uganda depends on rain-fed agriculture. Food production, mainly by smallholders, is also threatened by the more erratic rain patterns.

Scientists under NARO have applied modern biotechnology techniques to develop crop varieties with resistance and tolerance to climate change effects. At NaCRRI, researchers under the TELA project have developed maize with tolerance to drought and enhanced resistance to major maize pests like fall army worm and stem borer. In addition, the stacked maize variety would potentially increase a farmer’s yield. The research on maize is among larger study groups on key focus crops like banana, cassava, rice, and sweet potato — for which scientists have opted to use modern genetic engineering tools to address the unsolved challenges for which conventional approaches have been rendered unsuccessful.

In an attempt to accelerate technology transfers, I complement other science enthusiasts’ efforts in demystifying biotechnology, addressing myths and misconceptions, and disseminating information from reliable sources to policy making stakeholders, technology users, and the general public. I advocate for evidence-based policy formulation, especially when legislators are making policies on technical subjects. Addressing the myths and misconceptions increases confidence in research institutions and enhances acceptability of the technology and progressively alters the public perceptions and attitudes towards the novel technology. The wide knowledge gap has created a favorable environment for activists to misinform and mislead the public on almost all emerging fields and specifically biotech. This underpins the need for scientists and science communicators to stand up and speak for science, otherwise the underprivileged communities will be starved for science.

Statistics regarding nutrition in Uganda paint a grim picture. 40% of young children under the age of 5 are malnourished. The work that you do is trying to avert that. Can we achieve 0% Malnutrition levels?

Malnutrition remains an eminent problem but I am confident that through application of scientific tools, we could register potentially incredible successes in tackling the challenge. In Uganda, most communities rarely serve nutritious foods on their daily plate. The most preferred local crops aren’t prominently nutritious. Infants are the most affected — with over 33% of children under the age of 5 being stunted (too short for their age) and almost half (49%) suffering from anemia. With sustained effort and investment in nutrition, Uganda could be free of malnutrition in the near future.

Important to note too, Scientists under NARO have refocused research on nutritious component enhancements, adding vitamin A, iron, and zinc enhancement into preferred crops like banana, rice, and cassava. At the National Research Laboratories, Kawanda, researchers have enhanced the Pro Vitamin A (the precursor of Vitamin A) levels in banana — meaning that if farmers had access to these banana varieties, more people would consume more vitamin A rich foods, especially due to the high consumption of banana in Uganda. In Namulonge, cassava researchers are also enhancing the necessary iron and zinc levels in the widely preferred cassava crop.

Climate change is a word that everyone in the development sphere is talking about. The organization that you work for is producing disease and drought resistant crops that in the long term will doing great to stop climate change: Tell us more about that.

Climate change is sung everywhere and by almost everyone, among both climate skeptics and realists’ circles. That, however, hasn’t done so much to mitigate or address climate change effects. Farmers, specially in predominantly agricultural societies — who least participate in the climate change dialogue — are also those who suffer most from the wrath of climate change, in its diverse forms.

Working with farmers has revealed to me the true extent to which we face climate change effects. The effects range from more prevalence of droughts that have led to famine outbreaks in its unprecedented areas like Isingiro district — famously referred to as the banana basket — to outbreaks of the rare pests and diseases ravaging farmers’ plantations. This calls for immediate action.

In order to combat these challenges, scientists have used genetic engineering tools to develop crop varieties that are more resilient in the face of climate change. Crops with tolerance to drought, resistance to pests and diseases, tolerance to soil salinity, and more other characteristics for climate resilience, have been developed. Clearly, this would potentially address the likely food insecurity that is roaming.

What are some of the challenges that you have faced in this work?

The evident policy flip-flop is fundamentally a huge challenge. The policy environment limits farmers’ access to these noble technologies. For over a decade, parliament has endlessly debated the biotechnology and biosafety law, whose main intended objective is to regulate safe application and commercialization of products developed using genetic engineering technology. Despite having passed the National Biotechnology and Biosafety Policy in 2008, which regulates the research on genetic engineering, parliament has remained indecisive when it comes to the Act of Parliament on this very matter. This has resulted into a situation where well regulated researched products remain caged within research institutions at the peril of the intended users of the technology — farmers.

The wide knowledge gap on biotechnology. Anti-genetic engineering activists have ridden on it to spread all sorts of misinformation, propaganda theories and the rise pseudo-scientific over the fact-based science. The populace is more delusional due to lack of reliable information on the controversially-branded subject. The knowledge gap is the cornerstone for shaping perceptions and attitudes on the technology. It is another wide challenge.

What lessons can farmers and organizations using crops to fight climate change learn from you?

There’s more to learn for organization working with/for farmers. Particularly, evidence based decision making and farmers’ prioritization and inclusion in dialogue pertaining issues that affect them. Multi-stakeholder engagement is something important for organizations to learn, especially in the climate change dialogue.

When do you see Uganda achieving SDG 2? And what must we do to get there?

So much more must be done. Very importantly, efforts to sustain achievements need to be deliberate. A pronged approach is well suited in pursuit for zero hunger: More public investment in scientific research to harness agricultural technology advancement and transfer, favorable policy environment to inspire innovations in agriculture, focus on extension services to contribute to sustainability of the value chain, and deliberate efforts to enhance financial inclusion of smallholders by leveraging ICT and public-private partnerships. 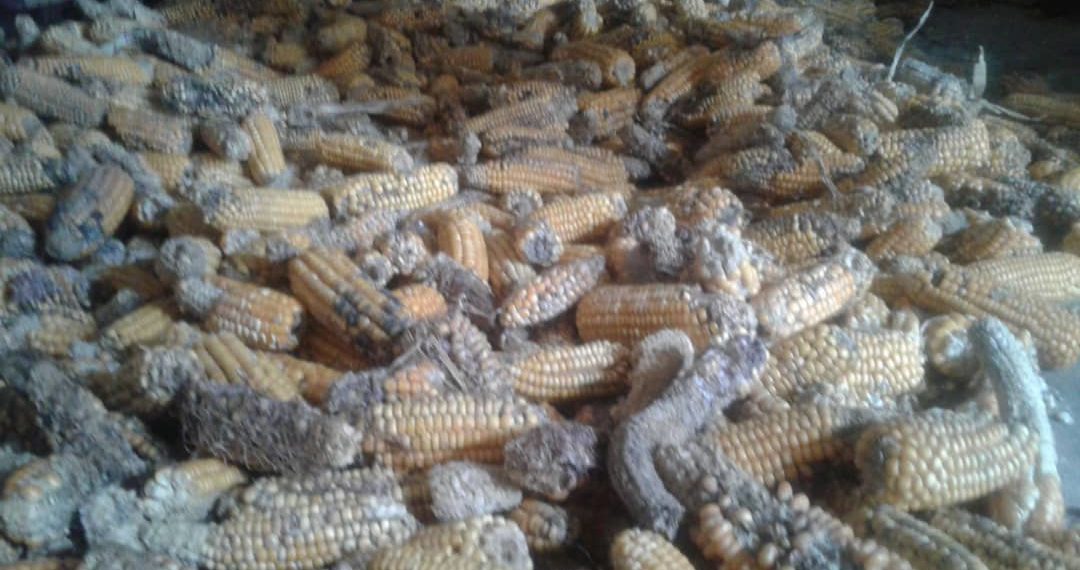 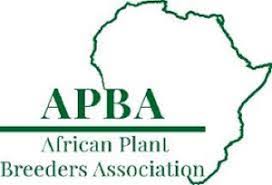 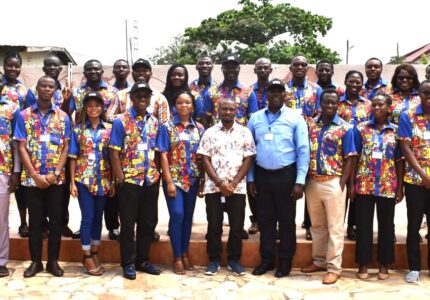 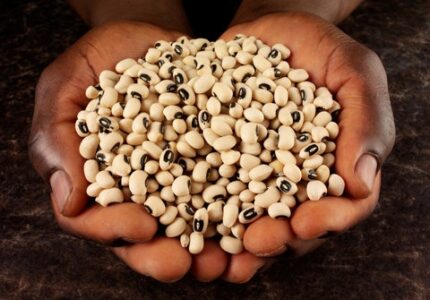