In 2017, the Africa Agriculture Status Report (AASR) indicated that 70% of the African population is involved in Agriculture as smallholder farmers. Agriculture remains Africa’s surest bet for growing inclusive economies and creating decent jobs mainly for the youth. To harness Agriculture to its maximum potential, both public and private sectors will be needed to invest in the sector.

One of the few individuals making huge impacts in Africa’s Agricultural sector is Dr. Florence Wambugu. Being the sixth of ten children to smallholder farmer parents, she admits food was hard to come by and that made her decide to pursue Agriculture to increase food production. Having worked with the Kenyan Agricultural Center for twelve years, Dr. Wambugu continues to make tremendous impact in the lives of  African farmers through her organisation Africa Harvest. 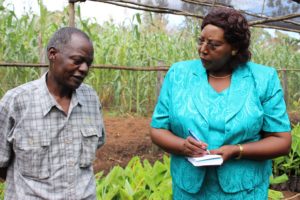 Dr. Wambugu with a farmer

In an interview with Wandie Kazeem of Wandieville Media which was closely monitored by Love For Science, The CEO and Founder of Africa Harvest talked on some interventions her organisation is making to support farmers in  Africa. Africa Harvest makes it possible for research to be disseminated to farmers to bring diversity and provide more for farmers to increase productivity. According to Dr. Wambugu, the motivation was to bring the impact of science, technology, innovation to smallholder farmers. Together with other stakeholders, they have developed an aggregator module where business minded farmers are supported to establish themselves and support others to attract off takers.

She said “We are also creating jobs for the youth, the transporters, fertilizer suppliers, pest control people and so we are really developing business around the rural areas. We have a lady called Beatrice Nkatha, when we met, she was simply the one-dollar woman at the house doing some knitting or something like that. But now she has a group of 15,000 women she’s aggregating for. She produces ten thousand metric tons of sorghum today to the myriads”. 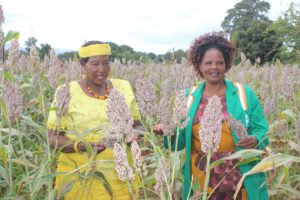 Working with researchers, Africa Harvest empowers smallholders to produce up to expectations of bigger enterprises through its modules, “If you look at the whole import build in Africa, it really isn’t much because the big companies are saying smallholder farmers are a big challenge to aggregate, they can’t meet quality, they can’t meet delivery, they can’t meet volumes. And we have developed a module that can do exactly that with sorghum which you can use for rice, wheat and other crops”

Dr. Wambugu said it takes time to educate local farmers on new varieties, gradually increase production as the seed companies build stocks and also do extension for off takers, “By five years it’s a big success story. For example in sorghum, Africa Harvest and partners have delivered about 49,000 metric tons. Our farmers have made over 4.9 million U.S dollars. They no longer live in mud houses, they are in stone houses now and have tractors, cars and other things to make their lives better. And these were in dry areas where they were very poor and depending on food aid. That means we can change Africa with the technology, knowledge and investment”. She said, “Innovation is not just a tractor or anything, it is bringing the different components to a point where everybody can benefit. Where the researchers are happy, the farmers are happy, youth are happy and the banks are happy”. 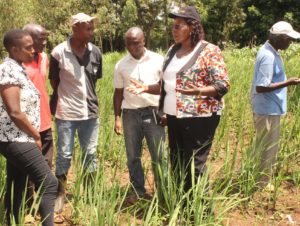 Apart from sorghum, Africa Harvest has a historic success story with banana which started ten years ago. With Kenya importing bananas from Uganda then, Dr. Florence Wambugu felt the need to have a good variety developed to earn Kenya income in the industry and improve livelihoods of banana farmers. According to her, South Africa at the time, though with no favorable climatic condition was exporting bananas and she felt Kenya could do more. They worked with the Kenyan Agricultural Research Institute to evaluate the agronomy to find out the varieties that will do well in Kenya. They carried out research and all test analysis. Though there was the challenge of  seeds costing slightly high at the end of the research, seeds were subsidized and farmers formed groups to access small loans and credits to purchase them to plant, “Now farmers begun to see them fruit and because we planted in large numbers, they were able to push the disease away. And so bit by bit over the years, it became a serious business. Farmers moved from 15 to 25 to 35 metric tons of fruit bunches and beyond to  45 and 60, and Kenya is now a banana producing country. Now, we have the technology, management or investment and the market. These are the three components you can’t separate in development.” 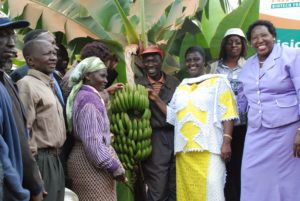 Dr. Wambugu also encouraged investment in Agriculture by the public sector and Small and Medium Enterprises (SMEs). She opined that without investment in Agriculture, there wouldn’t be development. “I agree with the president of African Development Bank, Dr. Akinwumi Adesina, that if you don’t invest in agriculture, you continue to suffer low yields and continue to import.” she said.

Africa Harvest also works with researchers in eliminating malnutrition through producing nutrient enhanced crops like potato and beans. It also supports other projects in small ruminants rearing and water management. 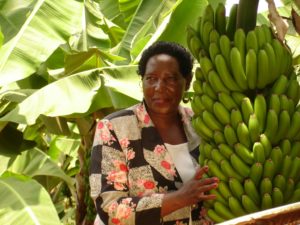 The Organisation also targets more women (60%) to bridge the gender gap in Agriculture. “Without any discrimination, I will say we have deliberately targeted women more because when you support a woman, you support the whole family. We see such a strong base to do that because it goes further in educating the children, they go to school. We also train them in business and marketing modules because they make very good marketers.
We will be finishing out in the schools and universities to encourage the girls to take up science careers. They need to know science is not just for men but for them too. We encourage the women and help them to access loans and start up their businesses because they do draw others in when they do. They become that light we use to bring other women in”.

She also encouraged trade between African countries to boost the economy. She said “If you look at Africa, only %16 of the countries are trading with each other, you compare to Europe and they have 65%. By opening up our trade with each other, we improve upon our productivity, not leaving women and small holder farmers behind, and do the aggregation and do good investment in mechanization. We do not have to be a continent that is continuously importing food. We can actually target export. We have better climate, vast lands than other countries. We also have young people and key entrepreneurs, so we need as Africans, to wake up and work together, network and target foreign markets”. 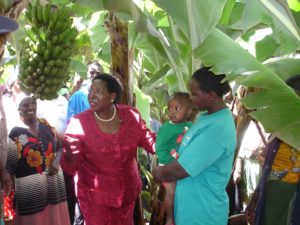 Dr. Wambugu at a banana farm

Currently, Africa Harvest is working on two projects in Africa. Funded by the  International Fund for Agricultural Development (IFAD), the Africa Rice project started in May and seeks to invest in rice production in Kenya, Madagascar and Uganda. The organisation will also soon start a project with African Development Bank to scale up the success story of banana and plantain in eight  African countries. These countries are Ivory Coast, Nigeria, Cameroon, Ghana, Kenya, Uganda, Tanzania and Zambia. 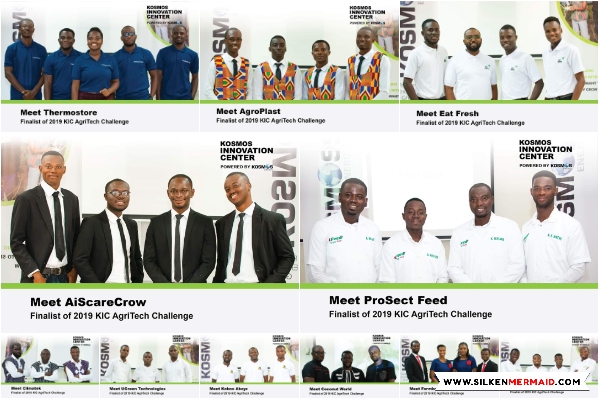